React.JS is a javascript library developed and maintained by Facebook. It is loved by thousands of developers all around the globe for its speed, reliability, and efficiency. But is it any good in 2021?

In short, yes. It is one of the most popular libraries in the world, and the way is only up from here. Just look at the StackOverflow developer survey from 2020, React.JS is on the top of the most popular frameworks among over 67,000 responders worldwide. 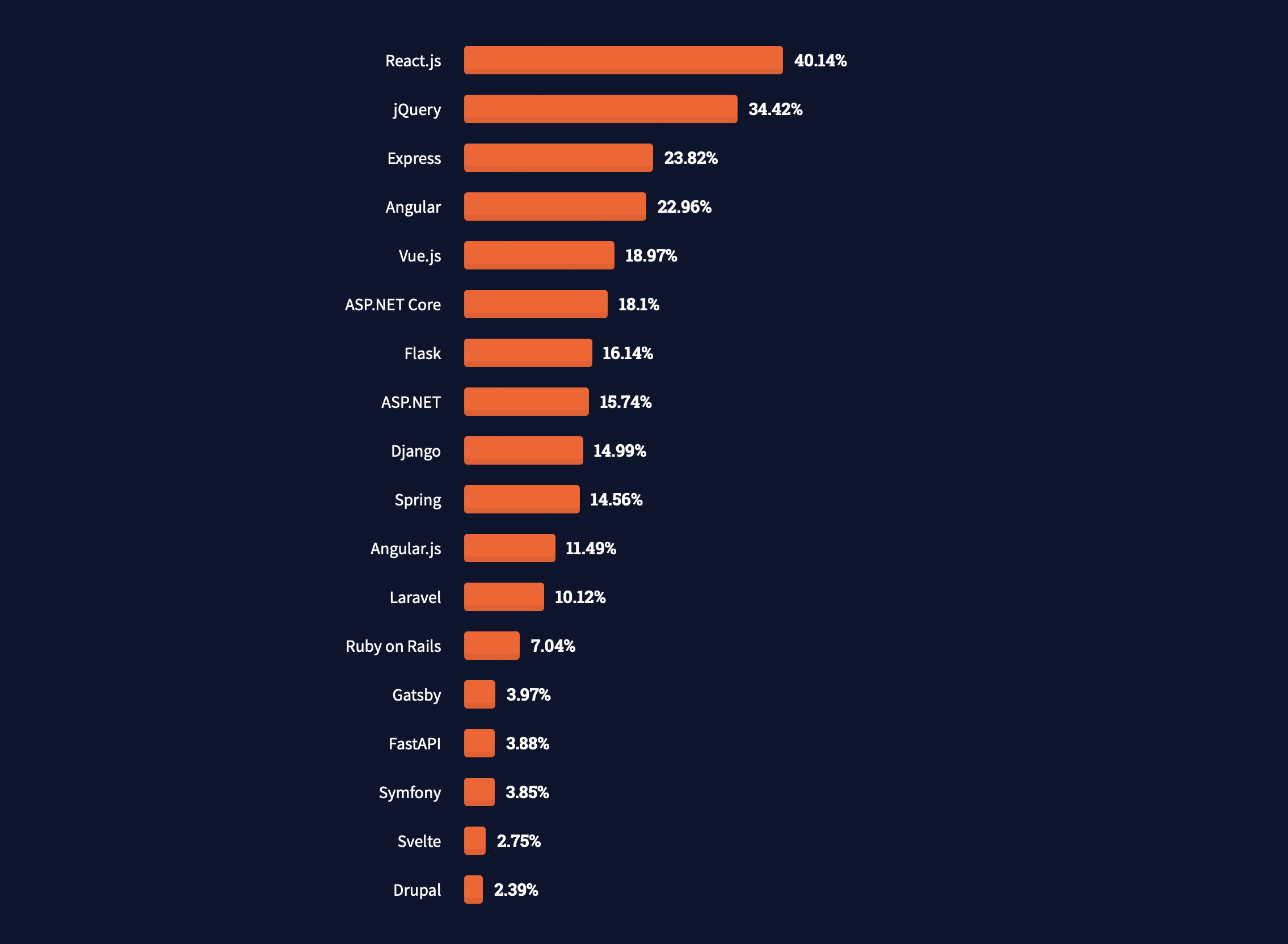 The question you might have as a future startup owner, or just a person who wants a website, web app, or something of that sort, why is React so good and why do we offer it as our language of choice?

Before we start, I just wanted to note that the demand for React developers is skyrocketing higher and higher even as we speak.

Where It's Perfect to Use React?

#1. Single-Pagers. With the ability to update content on a page without refreshing it, React is a perfect choice for your landing page or web app.

#2. Social Networks. From just a single page, we instantly get to tons of pages filled with heavy UI and whatnots. As I've said already, React was developed by Facebook, and their Front-End is written on it (as well as Instagram).

#3. Mobile Apps. React Native is based on React. You know, it was kind of a breakthrough in cross-platform development, because it used to be kind of pain before it. React Native allowed to slash the price and time needed for app development.

Why Is It Good?

There are many reasons, but let's start with something that not only developers will understand. Moreover, I aim to present some things that will be profitable for you as a client, if you are at a crossroads between different languages, frameworks, libraries, and God knows what else.

Starting with the big guns. What all the people love about React is its code (no joke). All components there are independent and reusable.

Every component can be reused in some other part of the app, which you don't have to write another thousand lines of code for.

Updates are also a major plus with React. In many languages where components are not independent, changing one can lead to a sudden downfall of problems that you will spend a couple of nights fixing.

You can change any component in React and it won't affect others.

DOM is a Document Object Model. It's an interface that is made of HTML and XML code that combines those into trees.

To make this simple, imagine a real tree. It has to shed its leaves every fall. That's exactly what happens to most of the websites — any change on the page requires a full reload, every time it's shedding the leaves.

React, on the other hand, can update the individual leaves on the go without shedding the whole tree.

That saves developers a lot of time, and if you're a user, well, everything on the website feels lightning fast.

I know it might sound strange to you as a client, but it's the best thing about React for developers. Even Senior engineers encounter a lot of obstacles during their path to the end of the sprint.

With the help of the community, developers share their knowledge about these obstacles and how to overcome them. Do not consider this as a bad habit, it is a common practice for every industry and job in the world.

But when the community support shines is when someone just starting to get into IT or React. There are countless guides, materials, videos, whatever you might need to start your journey and become a professional.

Continuing the theme of beginner developers, React is a rather easy language to pick up and learn quickly.

The speed you'll learn it with depends on the basics: if you know HTML and CSS and some programming knowledge, it will be a lot quicker. Changing from another framework will be harder though, as React does things in its way.

Still not convinced? React is used by thousands of small companies around the world, but some tech giants have built their platforms with it.

Even though there are a lot of choices for you to build your website or app with, React is surely a worthy library to consider. Whether it's a one-pager or a big social network, or even a streaming service with thousands of people watching, React would be a great choice.