Have an awesome idea to introduce to the market, but don't know where to find a good team to do all the work? Need to rework or make the existing product better? You might want to take a look at the Ukrainian IT market — it might be exactly what you were looking for. Business giants such as Google and Samsung are already hiring Ukrainian devs & designers, so what you are waiting for? Let's dive into details. I also want to take a moment and congratulate my country on her 30th anniversary! Wish all the best to Ukraine and people living here, so будьмо! 🥂 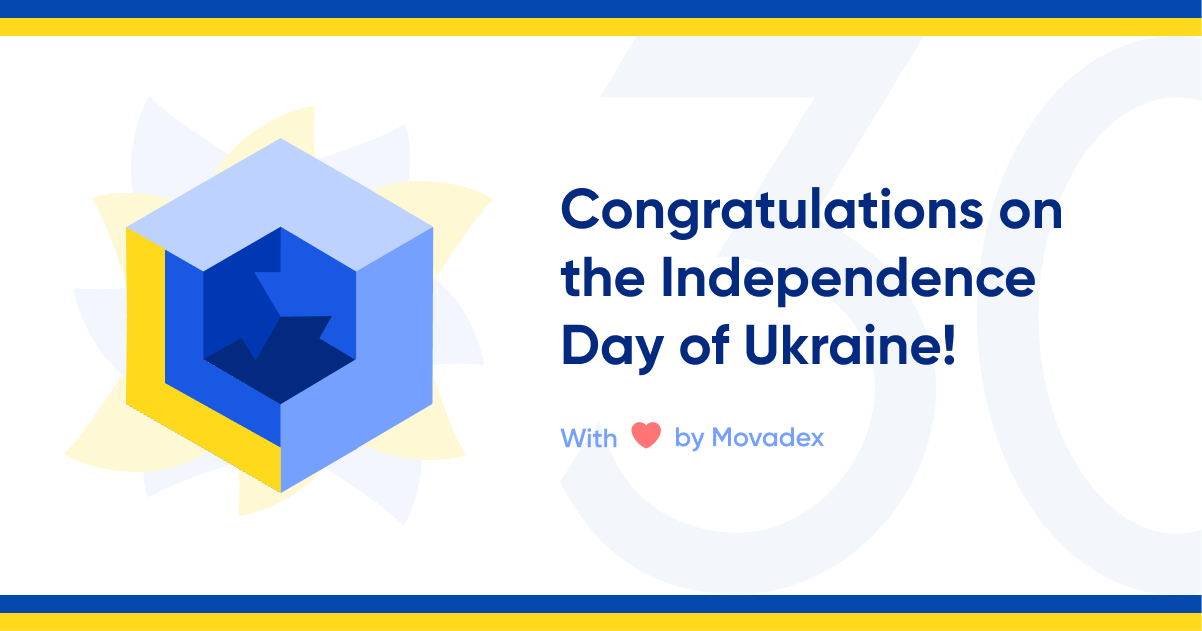 If you are doing this for the first time, you have all the right to be scared and hesitate. No worries though, there are many ways to hire vetted professionals at no risk.

For starters, there are countless platforms for finding remote teams specifically from Ukraine. One of the best is Lemon.io. Check them out, it might be your best bet.

You might also want to check out agencies on Clutch — most of them have reviews from real clients and a portfolio that you can review. That, or just hit us up. 😸

There are many reasons to consider Ukrainian developers. I will try to elaborate and explain the reasons behind my being so sure.

Every year, almost 40,000 IT specialists graduate from universities and colleges all around Ukraine. According to statistics, more than 70% of developers in Ukraine have at least one higher education degree, and some of them come to as many as 3 (impressive!) degrees.

Even after finishing all the degrees, the devs here continue to grow and learn through dozens of projects, growing as great engineers and problem-solvers.

Ukrainian developers are very fast learners, I must say. There won't be a problem in learning a new language and adapting to any project, they'll have you covered!

Skill sets can include pretty much everything you can think of, so you will almost find a perfect candidate for your groundbreaking product. JavaScript, PHP, Python, React and React Native, that's just the tip of the iceberg.

English is also not a problem: almost every developer has at least an intermediate level, which is the most common one.

It would be unfair not to mention designers now, wouldn't it? Well, it's just another great thing about Ukraine: there are millions of highly talented and creative people here. If you're looking for an awesome experience for your users, Ukrainian designers are a great choice.

If you are somewhat worried about cultural differences between you and Ukraine, there is nothing to worry about! The days of the Soviet Union are long gone, and people have moved on since then.

For young people, and let's be frank, IT is a very young market, it's even better. From my experience, I was brought up entirely within western culture, just like millions of developers and designers across Ukraine.

Even if we don't share the same country, we share a lot more than you think! I'm a strong believer in dialogue, so if you worry about a developer or agency not understanding you on a higher spiritual level, just try and talk to them, see what it looks like. I can't speak for everyone, but I guarantee that you will get very familiar vibes from us at Movadex.

One of the most valuable and important metrics here is the number of developers outsourced every year, and it comes near to 200,000+ people! Moreover, the IT Market itself is growing at a steady rate of 15-20% every year, employing more engineers, designers, salesmen, managers (you name it) every day. 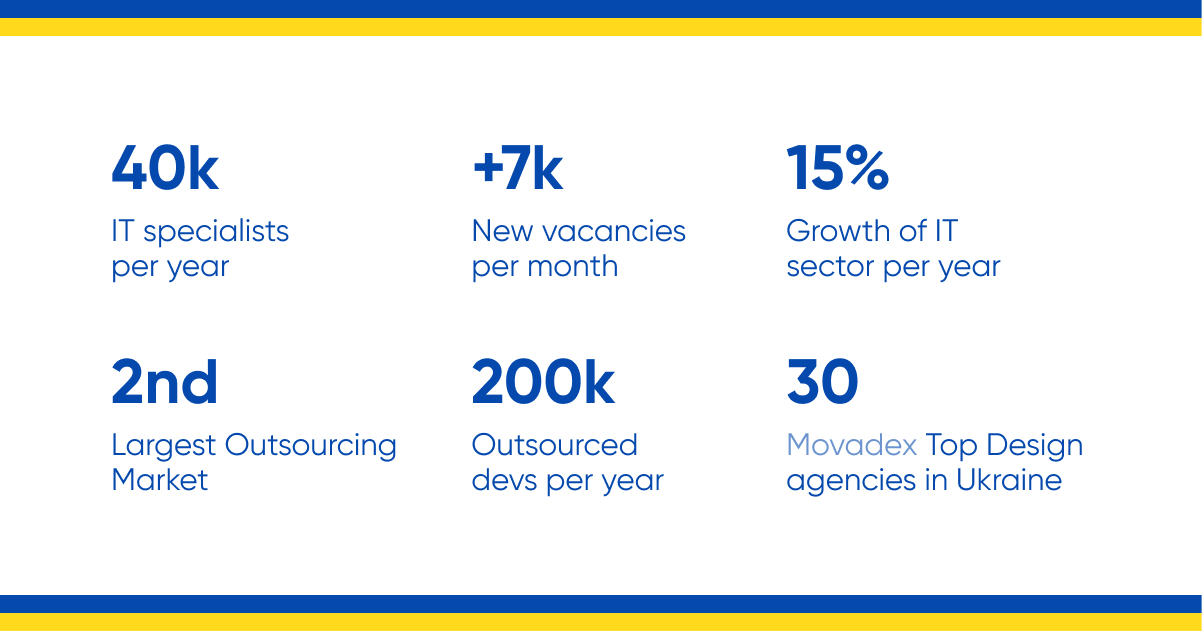 Ukraine is one of the most popular choices for outsourcing in Eastern Europe, and that's a fact.

If you're still not convinced yet, I'd like to mention a fact that there are a lot of international giants with R&D offices in Ukraine who put millions of dollars to build a whole infrastructure here.

There's a lot of trust going from companies like Samsung, Microsoft, IBM, even Apple, who are actively hiring talent here for different purposes.

What's actually cool about this is how they help to jumpstart a career. Any developer or designer with such a big name as the aforementioned companies in their resume will be able to get any job they want in the future, and rightfully so!

It takes to be the best to get a job there in the first place, so it's only fair to see smooth sailing from that point.

The popularity of IT Employment Market

There are a lot of things you can do with your life, and IT is one of the greatest things that could happen to the employment market.

What's great about this is that there is a steady flow of talent. There's a place for everyone in the industry, and it's awesome! I don't think you can find so much cool, talented people anywhere but in IT.

It's good to see that there are so many talented individuals here in Ukraine, and that's only the beginning: you never know what geniuses will build the next Apple.

Of course, we all want to talk about the prices, there's no shame in that. I'm glad to say that it's another thing in which Ukrainian developers do awesome as well: it's very affordable to hire and outsource one.

What's best about all of this is that Ukrainian devs &, designers will always go overboard with their work, delivering 200% of what you initially agreed on, so that's a win for you in any case.

I think the cause of this is the philosophy because I've talked to a lot of people in the industry and all of my colleagues here. We all have the same thoughts on how we perceive what we do: it's more like art to us than simple code or designs. We strive to create something awesome, always experiment, and deliver outstanding results and products which will truly help people.